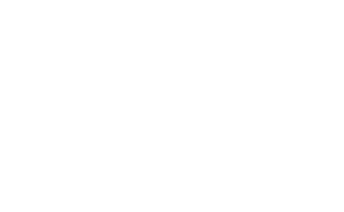 Radio and Television Slovakia (RTVS) has to inform you that the negative situation around COVID-19 has also had an impact on the organisation of this year´s International Children´s and Youth Radio Drama Festival PRIX EX AEQUO 2020. First, the unfavourable conditions might have affected the number of competing entries received, which is smaller than in previous years - 21 in total (14 in the 1st category / radio fairy tale for children and 7 in the 2nd category / radio play for youth) from 9 countries and 11 broadcasting organisations. And second, the re-establishment of health and safety measures and travel restrictions prevents us from personally welcoming the delegates and jury members in the premises of RTVS in Bratislava. Due to these reasons, RTVS was forced to make an amendment of this year´s Regulations. After their recent approval by the Festival´s Committee and Director General of RTVS, we would like to inform you that:

PRIX EX AEQUO 2020 will be held online, starting with online listening of the entries and voting by the nominated jury members from 10 October to 4 November 2020 and ending with announcement of the winners on 6 November 2020.

Due to a smaller number of competing entries in this year´s edition, the previous two categories (radio fairy tale for children + radio play for youth) have been merged into one competing category only.

Each participating organisation shall nominate by 8 October 2020 at the latestone representative in the field of radio drama as a jury member to take part in the adjudication of the competing entries.

The international jury will be working online in the period from 10 October to 30 October 2020 (online listening and adjudication). Each jury member will receive from the Festival organizer at his / her e-mail address the access details to the dedicated ftp server with text and audio files of all competing entries.

By 30 October 2020 all jurors must have submitted via e-mail their proposals for:

PRIX EX AEQUO for the exceptional execution of a radio play

in terms of instructions given by RTVS as organizer of the Festival.

Each juror shall have one vote at his / her disposal to be submitted to ONE programme from all competing entries, whereby he / she is not allowed to vote for the programme submitted to the competition by his / her broadcasting organisation.

The entry having received the highest number of votes shall be announced the winner of the competition.

In case of a tie, the winner shall be decided upon in a second round of jury voting, to be held on 4 November 2020.

The winners shall be officially announced in a dedicated live radio transmission on RTVS, Radio Devin channel, on 6 November 2020 (information embargo until this date) - no physical Award Ceremony this year! The prizes will be sent to the laureates by the end of November 2020.